Worthington Resident Recognized as Outstanding National Volunteer
COLUMBUS (Nov. 14, 2017) – Kathy McGinnis, Worthington, received the national Louisa Lee Schuyler Award from Prevent Blindness at their Annual Meeting on November 3rd in Chicago.  This award recognizes a volunteer that has made major contributions of time, talent and treasure to Prevent Blindness and its sight-saving efforts.

Louisa Lee Schuyler, a leader in social and public health in the early 1900’s, took on the cause of the prevention of blindness in infants, due to what was then called “Babies’ Sore Eyes,” a disease passed from the mother to a newborn’s eyes during birth, resulting in permanent vision loss. Thanks to her work, and other dedicated volunteers, 30 years later, the incidence of blindness due to “Babies’ Sore Eyes” was cut 75%. And, Prevent Blindness is here today in part to her commitment.

In addition to her work with Prevent Blindness, McGinnis is involved in many charitable endeavors locally including Catholic Social Services, Friendship Village of Dublin and Friends of WOSU. She co-authored two books focusing on the Board-CEO relationship in leading a charitable organization which became best sellers for BoardSource. The Ohio Affiliate of Prevent Blindness, founded in 1957, was also recognized for 60 years of sight saving service in Ohio.

Founded in 1908, Prevent Blindness is the nation’s leading volunteer eye health and safety organization dedicated to fighting blindness and saving sight. The Ohio Affiliate of Prevent Blindness is Ohio’s leading volunteer nonprofit public health organization dedicated to preventing blindness and preserving sight. We serve all 88 Ohio counties, providing direct services to more than 800,000 Ohioans annually and educating millions of consumers about what they can do to protect and preserve their precious gift of sight. For more information or to make a contribution, call 800-301-2020. Or, visit us on the web at www.pbohio.org or facebook.com/pbohio. 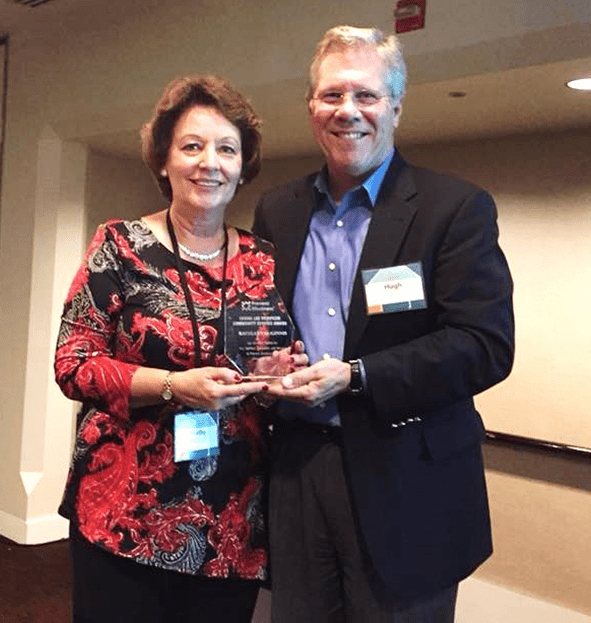